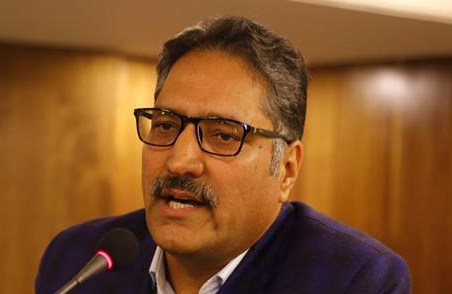 Srinagar: On the occasion of World Press Freedom Day, Kashmir Journalists Association has demanded immediate release of incarcerated journalist Aasif Sultan so that journalists are allowed to work freely in Jammu and Kashmir which is essential for strengthening the democracy in the restive region.

The issue of his arrest and jailing was highlighted by leading journalist and human rights bodies including IFJ, CPJ, RSF and Amnesty International. KJA would like to thank them for their support.

One Free Press Coalition recently declared his arrest among 10 Most Urgent threats to Press Freedom around the world. But it appears the J&K government is least concerned about the press freedom.

“Aasif, reporter with Kashmir Narrator, was arrested on ‘anti-state’ charges in August 2018. He has been repeatedly interrogated and asked to reveal sources by police, and has experienced health issues as he remains behind the bars,” the global organisation founded by dozens of news organizations, including TIME, said in its report.

Kashmir Journalists Association (KJA) said that the media fraternity of J&K has maintained the standards of the job despite working under difficult situation and tremendous pressure from various quarters. However, the curbs and censorship imposed by the government after February 14 Pulwama attack have further shrunk the space for journalists.

Journalists have already faced difficult times in recent years, beginning with the ban on Daily Kashmir Reader in 2016, murder of Shuja’at Bukhari in 2018, stoppage of government advertisements to Greater Kashmir, Kashmir Reader and Kashmir Uzma this year, and dozens of incidents of assault and harassment by security forces and government officials.

KJA believes that the government, in spite of respecting the journalists for being non-partisan and unbiased, has started raising doubts on the work of journalists.

It has appealed the present administration to stop harassment of journalists in Kashmir so that democratic norms are respected.

The journalist body also urged the Chief Justice of J&K High Court Gita Mittal to ensure free and fair trial in Aasif’s case so that his release is expedited because the basic freedom of expression is under attack.

On World Press Freedom Day, KJA would also like to remember the slain editor Rising Kashmir and senior journalist, Shuja’at Bukhari and 18 media professionals who lost their lives in Kashmir during last 30 years. Their honest work and sacrifices will continue to inspire many journalists in Kashmir for years to come.