Update: Ram Chandra Chahhtrapati : 16 years of a struggle for justice 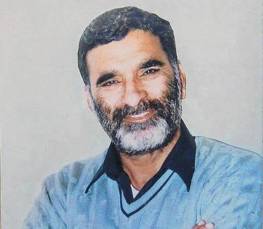 On November 21, 2002, the courageous and indefatigable journalist RamChandra Chhattrapati died in a hospital in Delhi, 28 days after he was shot by two persons who were followers of Gurmeet Ram Rahim, the head of the Dera Sacha Sauda in Sirsa, Haryana.

It has taken his family, in particular his son, Anshul Chhattrapati, an incredible 16 years to secure justice. Today, coincidentally on his death anniversary, the hearing for the final arguments against two accused: Gurmeet Ram Rahim and Kishan Lal, the manager of the Dera Sacha Sauda, will be held in the special CBI court.

Already, the court has recorded the testimony of Khatta Singh, a former driver of Dera Sacha Sauda chief, who had earlier turned hostile but came forward to depose after Ram Rahim’s conviction in the rape case last year. Singh was earlier too frightened but a re-trial was ordered where he gave his eye witness account of the way the conspiracy to kill the journalist was hatched in the Dera headquarters.

Now, this is the final stage in the case, says Anshul, who hopes that he can now see the end of the long struggle.

Ram Chandra Chhatrapati was shot by two persons outside his home in Sirsa on October 24, 2002, and died in Apollo Hospital in Delhi on Nov 21, 2002. In hospital, even as he struggled for his life, he gave a statement to police naming Gurmeet Ram Rahim, the head of the Dera Sacha Sauda, as the perpetrator of the attack on him. But police were reluctant to include the name of the dera in the statement they recorded.

Even today, says Anshul, though Gurmeet Ram Rahim is in jail, convicted in the rape case, the Dera is still powerful. It still controls educational and medical institutions, it still holds vast property and its followers roam about Sirsa with impunity.

It took a Herculean struggle by his son, Anshul, to secure justice for his father’s killing. A struggle that is still going on.

Click here for a complete timeline on the case so far.

Click here to read journalist and writer Pushpraj’s impassioned plea to remember the life and struggle of this heroic journalist.

Read the interview with Anshul Chhattrapati on the struggle he waged with such tenacity from “Clampdowns and Courage: Impunity (IFJ Press Freedom report 2017-18)”

On August 28, 2017, Gurmeet Ram Rahim Singh, the head of a religious cult called the Dera Sacha Sauda (Abode of Real Truth) was sentenced by a special Central Bureau of Investigation (CBI) court to 20 years imprisonment for the rape of two women. Elaborate, if somewhat bizarre, security arrangements were made for Justice Jagdeep Singh, who, with his staff was flown in from Chandigarh by helicopter to the special court set up in the premises of the district jail in Rohtak, around 66 km from New Delhi. A three-tier security ring with 4,000 personnel guarded the area around the jail where Gurmeet Ram Rahim Singh was lodged. The Rohtak deputy commissioner Atul Kumar had earlier
declared that shoot-at-sight orders would be issued, such was the influence of the Dera in the area (‘dera’ in Punjabi, which literally means a camp or settlement, in this context refers to a religious cult).
There was good reason for the high security. Three days before, when the court held Ram Rahim guilty of the crime, his followers went on a rampage, ransacking court premises, beating up journalists and setting fire to their outdoor broadcasting vans. Thirty-eight people lost their lives and over 250 others – including journalists – were injured in the violence. In Sirsa town, the headquarters of the Dera Sacha Sauda, curfew was imposed and an atmosphere of fear was heavy in the air.
If the district administration was caught by surprise at the scale of the violence and the savagery of the followers of Ram Rahim, one man was not. For 16 years, Anshul Chhatrapati has lived with the ever-present threat of violence as he doggedly pursued the case against Nirmal Singh and Kuldeep Singh, accused in the murder of his father, Ram Chander Chhatrapati, a highly respected journalist in Sirsa. The accused murderers are supporters of Gurmeet Ram Rahim Singh and, according to the CBI investigation, had shot Ram Chander Chhatrapati for publishing an anonymous letter about the sexual exploitation of women in the ashram of the self-styled godman.
In a case related to another murder at the Dera, on February 22, 2018, the Punjab and Haryana High Court reserved an order on a petition filed by Khatta Singh, Ram Rahim’s former driver, who was earlier a witness for the CBI. In 2011, the CBI had declared him hostile when he said his life was threatened and he could not give evidence. Now, emboldened by the conviction of the Dera chief in the rape case, he came forward to say that he wanted to give evidence in the murder of Ranjit Singh, whose killing is suspected to have been at the behest of Ram Rahim.
“Is it yet another delaying tactic? Is he genuine? What will happen to our case if his plea is accepted?” wondered Anshul. The case relating to the murder of his journalist father is at the stage of final arguments while arguments have concluded in the Ranjit Singh murder case. If the plea was accepted, the case could be delayed by another four to six months, but if it was dismissed, the order could come in a month.
Ifs and Buts.
This has been the situation for the last three or four years. At every turn, some delay
would push back the progress of the case.
On October 24, 2002, Ram Chander Chhatrapati returned home early from the office where he had checked the pages of his newspaper Poora Sach (The Whole Truth).
Anshul recalls: “My father had a routine. He was very particular about proof-reading the entire paper by himself. His column ‘Off the record and on the record’, which he signed with the pen name ‘satyavadi’ (truthful) was very popular.
He usually went to meet his friends in the market after the newspaper was published. On that day, my brother and sister had told him to return early because our mother was not at home.”
He returned home at around 7.30 pm. A few minutes later, someone called out to him and he stepped into the galli (narrow lane) outside the house. He was pumped with five bullets. His children ran out on hearing the shots. There were two gunmen. One ran towards a police chowki (outpost) nearby and was nabbed by the police. The other was later caught. The children rushed their father to the local hospital and from there, moved him to Rohtak in an ambulance even as journalists and social activists in Sirsa gathered in shock and anger. He was conscious and even told the District Commissioner of Sirsa, “DC Saab, just as I told you, they came to get me.”
He clearly and repeatedly named Gurmeet Ram Rahim Singh, the head of the Dera Sacha Sauda, as the perpetrator of the attack on him. But police were reluctant to include the name of the Dera in the statement they recorded.
Ram Chander Chhatrapati, a fighter till the end, died on November 21 in Apollo hospital in Delhi.
The Whole Truth
Mastana Balochistani, who founded the socio-spiritual organisation Dera Sacha Sauda in 1948, functioned out of a small cottage in Sirsa. He was succeeded by his disciple Satnam Singh. In a controversial ouster in 1990, Gurmeet Singh, who came to be known as Gurmeet Ram Rahim Singh Insan, took over when he was just 23 years old. Ram Chander Chhatrapati, living and working in Sirsa, the Dera headquarters, saw the transformation of the Dera from 70 acres in 1990 to its present powerful 900 acre-empire of colonies, factories industries, hospitals and educational institutions across the states of Haryana, Punjab and Rajasthan.