Journalists, politicians and human rights activists across the world had been spied upon by their governments using a spyware tool, ‘Pegasus’, struck at the very heart of the trust imposed by citizens on the State, especially in democracies, to safeguard their personal data and privacy.

Shyam Meera Singh said that ‘there is the freedom to murder and lynch but there is no freedom to criticise Modi or the current government; if there was freedom, why would he face termination? (Republished with permission from GauriLankeshNews). In an autocratic move, Aaj Tak, a Hindi-language news […]

If Twitter India continues in this vein, perhaps it will also see the kind of mass migration to Signal or Telegram that Whatsapp experienced a few weeks ago, following its restrictive and unilateral privacy policy. Media users need plural media platforms. That’s one way of ensuring that free speech is protected.

Why has WhatsApp blocked activist Dev Desai from its service?

Dev Desai, well known social activist from Gujarat, was in for a shock this afternoon when WhatsApp sent him a message that he was blocked from using their service! Totally clueless as to why the popular messaging service took this extreme step, Desai took to Twitter to let […]

Justice Madan Lokur, former justice of the Supreme Court of India, delivered the Verghese Memorial Lecture 2020 on “Preserving and Protecting our Fundamental Rights – Freedom of Speech, Expression and the Right to Protest.” Justice Lokur said that one of the worst forms of curtailment of the freedom […]

The Double Siege: News Media in the Time of COVID-19 (an excerpt from the PUCL report).

People’s Union for Civil Liberties (PUCL) (Maharashtra) released its report ‘The Double Siege: News Media in the Time of COVID-19’ on September 4, 2020, based on a discussion with Sevanti Ninan, media commentator and founder editor of The Hoot and the author of the report, and journalist Geeta […] 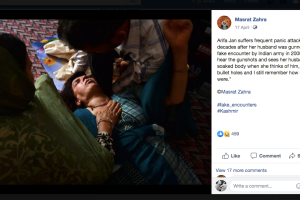 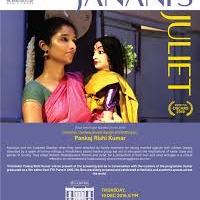