“I uploaded a video of a song which was anti Modi and anti-BJP and within half an hour, I got a message that it was taken down. So fast, I just put it up and they took it down,” says Rajesh Shah, an advertising professional. 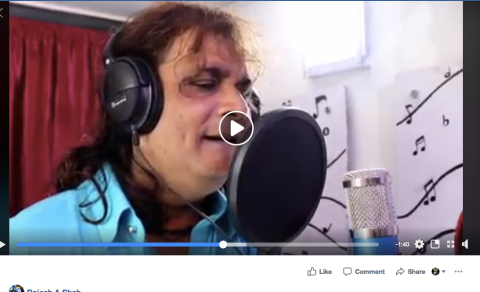 Shah got a message that the video had violated Facebook’s community standards and was taken down. He was not informed beforehand or even sent a notice before the video was removed. In fact, he didn’t even realise it had been deleted. “I got a call from my friend that the video was deleted because it was anti-BJP. I don’t use Facebook on my computer, I use it on my phone so I couldn’t even check, he said.

Later, when he did get a chance to check, he found that the video had been restored. But no, Facebook didn’t inform him this time.

Shah doesn’t know who the singer was. He had got the video as a forward from some whatsapp group and had liked it’s content so he uploaded it. “We share so many videos and so many forwards. This is the first time such a thing has happened to me,” he said, taken aback at the alacrity with which the video was spotted, removed and now, restored too.

The video, FSC checked out, was uploaded on youtube on this account and the singer is identified as ‘Junior Munna’.

Its a tuneful rephrasing of the popular hindi song of yesteryears “mile na tum to dil ghabraye”, sung by Lata Mangeshkar for the film Heer Ranjha. Its visuals merely have pictures of Modi, BJP President Amit Shah, UP Chief Minister Yogi Adityanath, fugitive industrialist Vijay Mallya and intermittent scenes from demonetisation, victims of atrocities, riots etc…nothing graphic or dangerous and definitely not of sexual violence!

Do check the video and see for yourself!