“I uploaded a video of a song which was anti Modi and anti-BJP and within half an hour, I got a message that it was taken down. So fast, I just put it up and they took it down,” says Rajesh Shah, an advertising professional. Shah got a […]

The detention of individuals under the NSA are in contravention of the right to due process and a fair trial, says Elina Steinerte Vice-Chair of the Working Group on Arbitrary Detention and David Kaye, UN Special Rapporteur on the promotion and protection of the right to freedom of […] 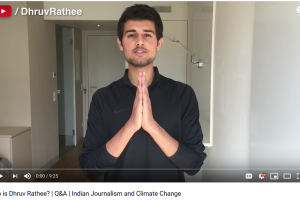 Dhruv Rathee, a YouTube creator who makes Hindi-language videos analysing controversial political issues, tweeted today (March 18) that Facebook banned him from posting for 30 days. The first phase of India’s election falls on April 11. Twelve hours after he first posted about the ban, Rathee tweeted that […]

In a welcome move on March 15, 2019, in the Criminal Appeals filed by Patricia Mukhim, editor, and Shobha Chaudhuri, publisher of The Shillong Times, against the order of contempt passed by the Meghalaya High Court, the Hon’ble Supreme Court issued notice on the appeal and stayed the […]

FPC Correspondent Srinagar: The Press Council of India (PCI) has taken cognizance and sought a response from J&K government against the advertisement ban to two leading newspaper of Kashmir. Soon after the February 14 Pulwama blast, the government unofficially ‘banned’ advertisements to Greater Kashmir and Kashmir Reader. Kashmir […]

The Network of Women in Media, India (NWMI) strongly objects to the statement issued by the Sabarimala Karma Samithi on November 3, 2018, to editors and decision-makers in the news media, requesting them to refrain from deputing women journalists of a particular age group to Sabarimala to cover […]