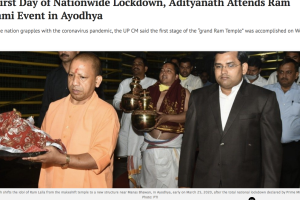 FIR against The Wire Editor: More than 100 journalists condemn attempts to muzzle the media

The Uttar Pradesh government’s vindictive action against The Wire editor Siddharth Varadarajan has drawn widespread condemnation from journalists and other members of civil society across India. The Uttar Pradesh police filed an FIR against the editor for an article regarding the attendance of Uttar Pradesh Chief Minister Yogi […]

Indian Cultural Forum Campaign  April 4, 2020 We condemn, in the strongest possible terms, the FIRs filed against The Wire’s Founding Editor Siddharth Varadarajan by the police in Faizabad District, Uttar Pradesh. This is clearly an attempt to intimidate the media and muzzle its freedom. The Wire has […] 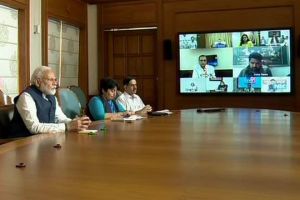 Media After Covid: Why We Are Under a New ‘Emergency’

Republished from Newsclick The government of India wants the media to stop creating panic by disseminating fake news about the ongoing crisis before first ascertaining from it ‘true’ and ‘factual’ information. On Tuesday, the Supreme Court stated that it does not intend ‘interfering’ with ‘free discussion’ while directing […] 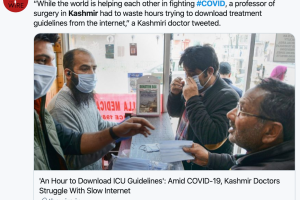 Connectivity in times of Corona

Republished from the IFJ Blog As Kashmir locks down yet again – this time to contain the coronavirus pandemic – access to the internet can be a matter of life and death, quite literally. Dr Suhail Naik makes a compelling case for restoration of communication facilities to the […] 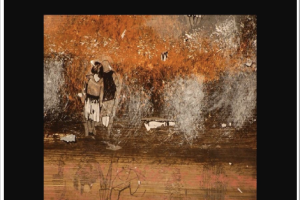 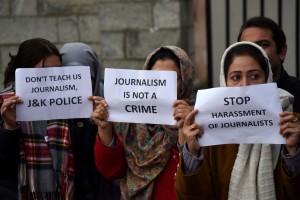 By Moazum Mohammad It is 200 days since the longest-ever internet shutdown in a democracy was imposed in Kashmir. It has delivered a massive economic blow to aspiring and young entrepreneurs, and simultaneously it has discouraged young media graduates from joining the profession after watching the unparalleled nightmare […] 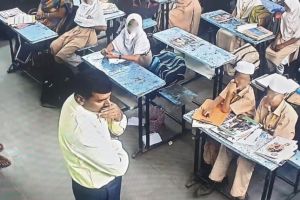 A schoolteacher and a parent have been in jail since January 30 for two simple lines in a school play that the police claim is seditious? Adv B T Venkatesh spoke to Geeta Seshu a day before he travelled to Bidar in Karnataka to represent the women in […] 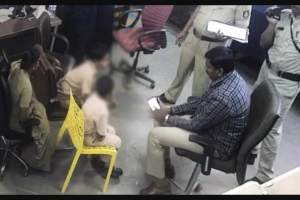 By Geeta Seshu Sedition, a colonial-era law that should have been confined to the dustbin of history, has found new victims over the last month: over 50 participants of the Queer Azaadi March in Mumbai have been charged with sedition for allegedly raising slogans in support of JNU […]