In a case that was almost forgotten but for the dogged efforts of a valiant family, the case against Gurmeet Ram Rahim Singh, the head of a religious cult called the Dera Sacha Sauda (Abode of Real Truth) in Haryana, for the murder of journalist Ram Chander Chhatrapati shows no signs of reaching a conclusion. In August 2017, when self-styled ‘godman’ Gurmeet Ram Rahim Singh was convicted and jailed for rape, there seemed some hope for the journalist’s family that a judgement would be delivered in this case too. But to no avail. 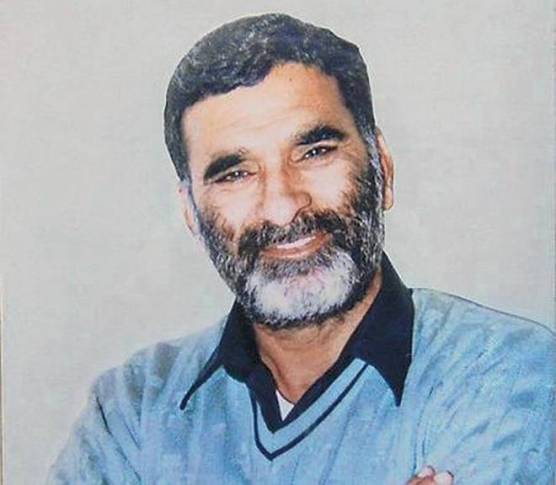 On October 24, 2002, two gunmen shot Ram Chander Chhatrapati, a respected journalist and founder of a Hindi-language newspaper, Poora Sach (The Whole Truth), outside his residence in Sirsa, Haryana. One of the men ran towards a police chowki (outpost) nearby and was nabbed by the police. The other was later caught. The duo, Nirmal Singh and Kuldeep Singh, were supporters of Gurmeet Ram Rahim Singh, who wanted to eliminate the journalist for publishing an anonymous letter about the sexual exploitation of women in Gurmeet Singh’s dera (ashram). Chhatrapati was taken in an ambulance to a local hospital and from there, to Rohtak. He was conscious and repeatedly named Gurmeet Ram Rahim Singh, the head of the Dera Sacha Sauda, as the perpetrator of the attack on him to the District Commissioner of Sirsa.

Chhatrapati had seen and written extensively on the growth of the Dera into a powerful empire using unscrupulous methods. In May 2002, an anonymous letter about sexual exploitation in the Dera, reportedly written by a sadhvi (woman disciple), addressed to then Prime Minister Atal Bihari Vajpayee began to do the rounds of media houses. Poora Sach published the letter in full on May 30, 2002, with the headline: ‘Dharm ke naam pe ho rahe hai, sadhvi ke jeevan barbaad (in the name of religion, sadhvis’ lives are ruined)’.

Another publication Lekha Jhoka (The Chronicle) in neighbouring Fatehabad district, also published the letter. Its offices were ransacked and its news editor had to go underground with his family. Poora Sach wrote about this attack too. It gave extensive coverage to the letter, its implications and the actions of the Dera followers in intimidating people who tried to discuss the revelations.

Ram Chander Chhatrapati began getting death threats and wrote to the then Superintendent of Police, Sirsa, on July 2, 2002, saying that he feared that his daily movements were being tracked. But no action was taken on his letter.

Investigation: Police dragged their feet over naming the Dera head in the FIR despite all evidence pointing to his involvement. Kuldeep Singh, one of the shooters, told police that he was from the cult and used a licenced revolver that belonged to a Dera employee Kishan Lal. Even the walkie talkie set the duo had used was licenced to the Dera. The other shooter was identified as Nirmal Singh. On October 25, Ram Chander Chhatrapati underwent surgery and when he regained consciousness, gave a statement to the police naming Gurmeet Ram Rahim Singh as the prime suspect. His son, Anshul Chhatrapati, also gave a statement to the police. But the police had not included their statements in their First Information Report (FIR).

It took till July 31, 2007, for a CBI challan (summons) to be filed and the charge sheet was finally filed in 2008. Between 2008 and 2017, the accused would file applications in court on some pretext or the other. The case came up several times and multiple applications were moved to delay the matter and intimidate the witnesses.

The period between 2013 and 2017 marked the growth of the Dera. Gurmeet Ram Rahim Singh gained immense political clout and amassed a lot of wealth. He began appearing on television, with his own morning show. He even acted in a film.

But the CBI investigation continued. Anshul, aided by dedicated lawyers and his own innovative use of media to keep the story alive, persisted with the struggle for justice. Each court hearing was a fraught event, with the intimidating presence of goons and supporters of Gurmeet Ram Rahim stacked up against one family fighting for justice.

On August 28, 2017, Gurmeet Ram Rahim Singh, the head of the Dera Sacha Sauda religious cult was sentenced by a special Central Bureau of Investigation (CBI) court to 20 consecutive years’ of imprisonment for the rape of two women.

On February 22, 2018, in a case related to another murder at the Dera, the Punjab and Haryana High Court reserved an order on a petition filed by Khatta Singh, Ram Rahim’s former driver, who was earlier a witness for the CBI. In 2011, the CBI had declared him hostile when he said his life was threatened and he could not give evidence. He came forward to say that he wanted to give evidence in the murder of Ranjit Singh, whose killing is suspected to have been at the behest of Ram Rahim.

The case relating to the murder of the journalist father is at the stage of final arguments while arguments have concluded in the Ranjit Singh murder case. The new development has again put the case into limbo.