Admins of groups on Whatsapp in Kashmir must register themselves

The order blames fake news on all social media platforms – , Facebook,Twitter, Instagram etc, and says that the situation is precarious in view of the upcoming Parliamentary and Assembly elections, Incredibly, the order actually states that since Art. 19 of the Indian Constitution provides for freedom of speech and expression, the provision for the ‘reasonable restriction’ in the interest of sovereignty and integrity of the nation and of maintenance of public order would apply (the order doesn’t mention that this would be under Art 19 (2), but lets not get into minor details!

The order, signed by District Magistrate Anshul Garg, is dated Mar 1, 2019. Violators may be charged under the Ranbir Penal Code, the Information Technology Act, the Unlawful Activities Prevention Act and basically any other act that may apply!

Already beleagured by gags, assaults and clampdowns, reeling under shortages, this is yet another blow to free flow of information in the conflict-ridden state. Here’s the order: 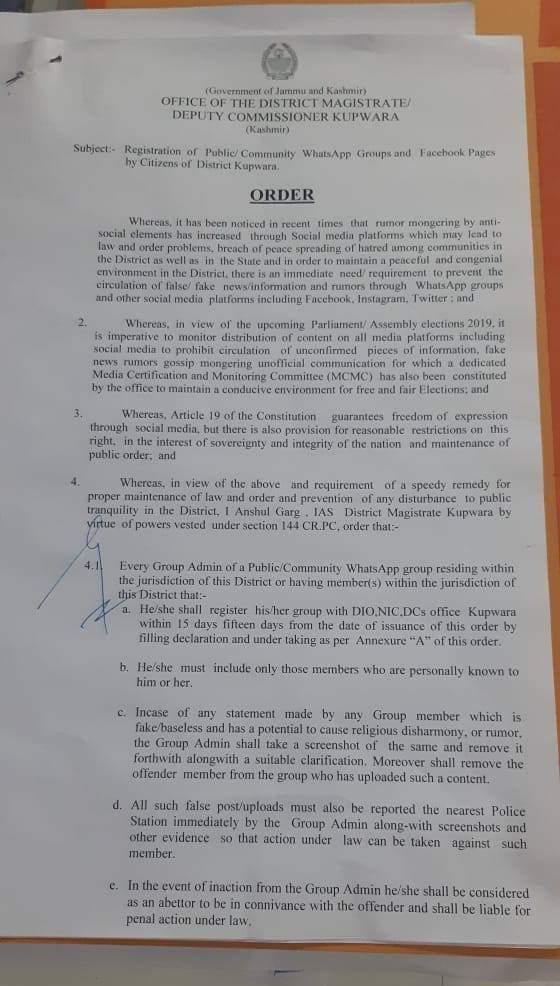 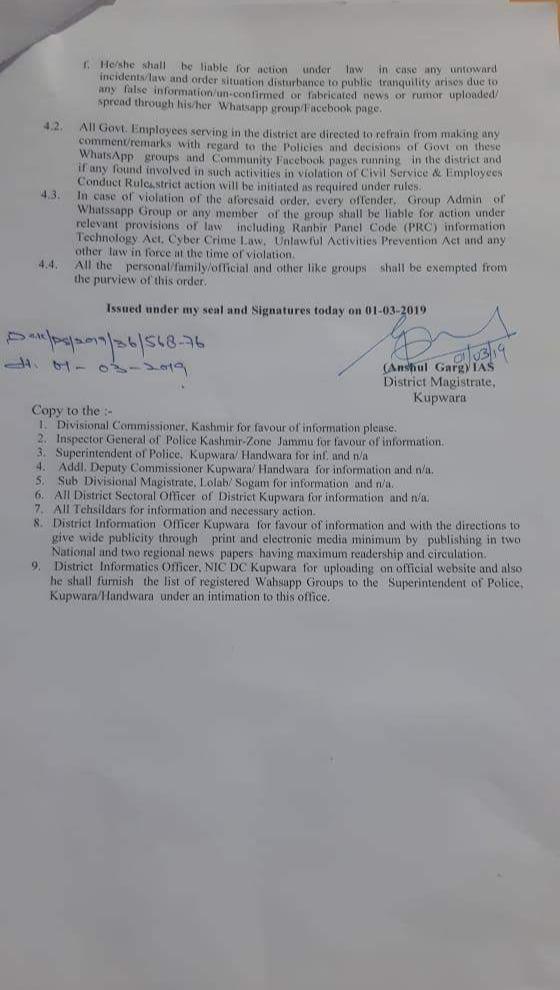