Journalists have borne the brunt of the protests that have broken out in Kerala over the entry of women into the Samarimala temple. Shaajila Ali Fathima, camera person for Kairali TV, was heckled by Sangh Parivar goons in Thiruvananthapuram on Jan 2, 2019. She continued shooting, despite being […]

Free Speech in India 2018: The State Rolls On 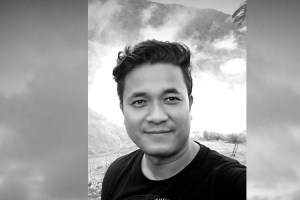 The illegal detention of a journalist and its ramifications

Cyril Almeida and the case of Treason: One more nail in the coffin of press freedom

By Meena Menon What happens when you interview a former Prime Minister who makes candid revelations or even report a ‘leak’? It just gets to be a great story. But not in Pakistan, especially if these revelations involve the military. Then, retribution from the all-powerful security establishment is […] 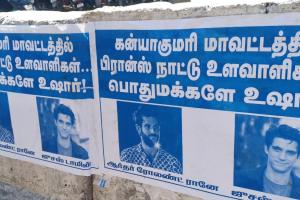 “We were not spying, we were not trespassing”, say French journalists

By Geeta Seshu The visit of the French journalists has snowballed into a major issue in Tamil Nadu. Local BJP leaders have launched a campaign alleging espionage by the journalists. Wall posters came up accusing the Indian journalists of ‘spying’ and Tamil Nadu’s Minister of State for Finance […]

A public meeting was held at the Constitution Club on Saturday, 1st December. to discuss the worrisome trend of anti-terror laws being used to stifle democratic dissent by harassing civil rights lawyers, poets and writers. The meeting was called by the group of petitioners who had approached the […]