The Executive Editor of Kashmir Times Anuradha Bhasin has filed a petition in the Supreme Court to demand the The petition sought directions to immediately relax all restrictions on mobile, internet and landline services and the strict restrictions on freedom of movement of journahsts and media personnel in […]

The Free Speech Collective is deeply concerned at the deafening silence from the Kashmir Valley, which has been incommunicado since August 4, 2019, a day before the cataclysmic decision to revoke Article 370 and 35A of the Constitution of India was implemented and the state downsized into two […]

The End of Hypocrisy

Eighty-four appellants demanding information under the Right to Information Act (RTI) have so far been killed in India, and the perpetrators of these murders have yet to be brought to justice. Now, the Modi government has dealt an unmistakable blow to the autonomy of information commissioners, thereby ending […] 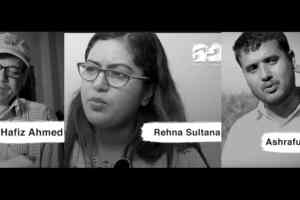 By Ram Puniyani A FIR was registered against 10 Assamese poets (July 10, 2019). These poets mostly Muslims; have been pioneers and are leading lights of what has come to be known as Miyah Poetry. One sample, by the initiator of this trend; Hafiz Ahmed goes like […]

Criminal Defamation: A law whose time is up

The necessity of defamation reform has been felt tangibly and with great force in recent weeks, says Apar Gupta About three years ago, I spent months on a case in the Supreme Court where lawyers juxtaposed two opposing interests, the right to free speech against the right to a […]

and the harassment of Kashmir’s photojournalists continues…

(Re-published from Sabrangindia with permission) Noted academic and prominent civil society member, professor Ram Puniyani has received threats and verbal abuse from unidentified goons on June 6. The former IIT Bombay professor, who is also a well-known rationalist, received the threats by phone at night. Puniyani has now registered […]